We are looking for highly motivated Postdoc Fellows and Research Assistants.
If you are interested, please contact me with a CV and cover letter. 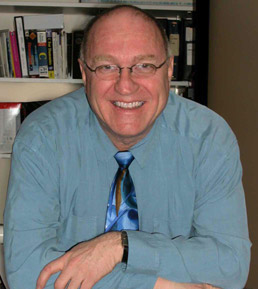 He was presented the 2001 Glenn A. Fry Lecture Award and the 2009 William Feinbloom Award by the American Academy of Optometry, the 2004 Alfred W. Bressler Prize in Vision Science (shared with Dr. R. Massof) by the Jewish Guild for the Blind, the 2006 Pisart Vision Award by the Lighthouse International, the 2009 Alcon Research Institute award (shared with Dr. R. Massof), the 2010 Otto Schade Prize from the SID (Society for Information Display), the 2010 Edwin H Land Medal awarded jointly by the Optical Society of America and the Society for Imaging Science and Technology, the 2015 Bartimaeus Award by The Eye, The Brain, and The Auto conference of the Detroit Institute of Ophthalmology and the 2017 Charles F Prentice Medal Award by the American Academy of Optometry. He was awarded an Honorary Degree of Master in Medicine by Harvard Medical School in 2002 and an Honorary Doctor of Science Degree from the State University of New York (SUNY) in 2006.

Dr. Peli is a consultant to many companies in the ophthalmic instrumentation area and to manufacturers of head mounted displays (HMD). He served as a consultant on many national committees, including the National Institutes of Health, NASA AOS, Aviation Operations Systems advisory committee, US Air Force, Department of Veterans Affairs, US Navy Postdoctoral Fellowships Program, US Army Research Labs, and US Department of Transportation, Federal Motor Carrier Safety Administration.

Dr. Peli has published more than 200 peer reviewed scientific journal papers and has been awarded 20 US Patents. Of these 20 patents 6 were licensed, reduced to practice, and were brought to market. He also edited a book entitled Visual Models for Target Detection with special emphasis on military applications and co-authored a book entitled Driving with Confidence: A Practical Guide to Driving with Low Vision (coauthored with Doron Peli).